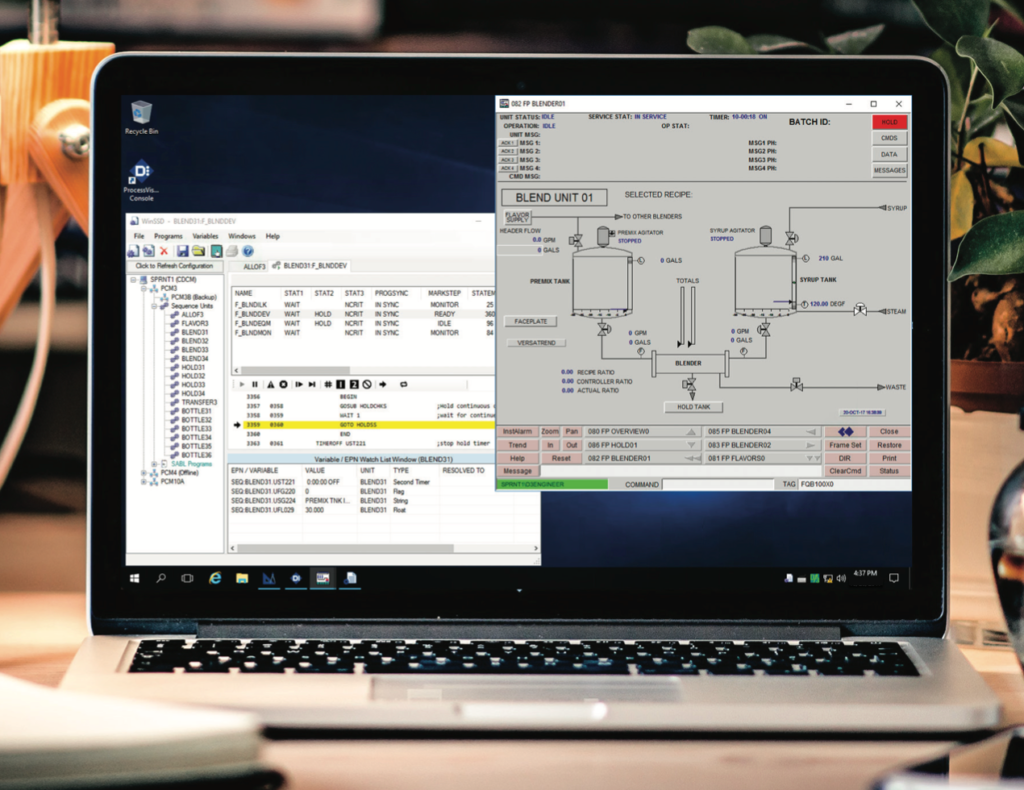 D/3 Version 16.1 was released on June 28, 2019. D3v16.1 includes new features aimed at making life easier for application programmers and validates one of our primary objectives for the PCM5 platform – faster development cycles for new features. We have also finalized the feature set for D/3 Version 16.2, with the theme of the release being reliability and security. D/3 Version 16.2 will have a May 1, 2020 release date.

V16.1 has been well-received with about twenty V16.1 upgrades and new system installations completed since its release in June. Customers are benefitting from the capability added in V16.1 that allows virtual PCM5s to run any valid PCM4100/4200 applications configuration. Hardware PCM5s are being used for development and testing on several systems and have moved into production. The upgraded 8000 I/O EBIM, the 8522-EB-NV, has been tested and installed in a wide variety of configurations. The 8522 EBIM is smaller than the 8521 EBIM, incorporates newer components, and is recommended for all new installations.

PlantNotify is a new platform-independent software that sends email, text, or pages based on triggers created from alarms and events. PlantNotify can read from SQL data sources and direct messages to individuals and groups based on a schedule. PlantNotify V1 was released on September 13, 2019, and is already in use in a customer production facility. Please contact your NovaTech Automation Sales Representative for additional information.

AMP is our patented procedural automation software that integrates manual tasks with plant control and information systems. AMP V2.1 was released on August 2, 2019.

We are excited about 2020 and look forward to another year of product enhancements and releases!