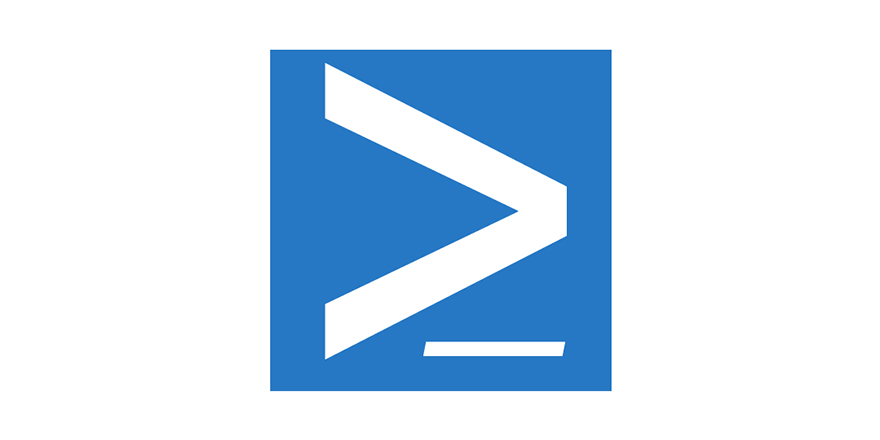 Using Windows PowerShell and D3Client to retrieve, organize, and display data from a D/3®

This first example shows how data is retrieved using a D3Client call in a traditional DOS console: 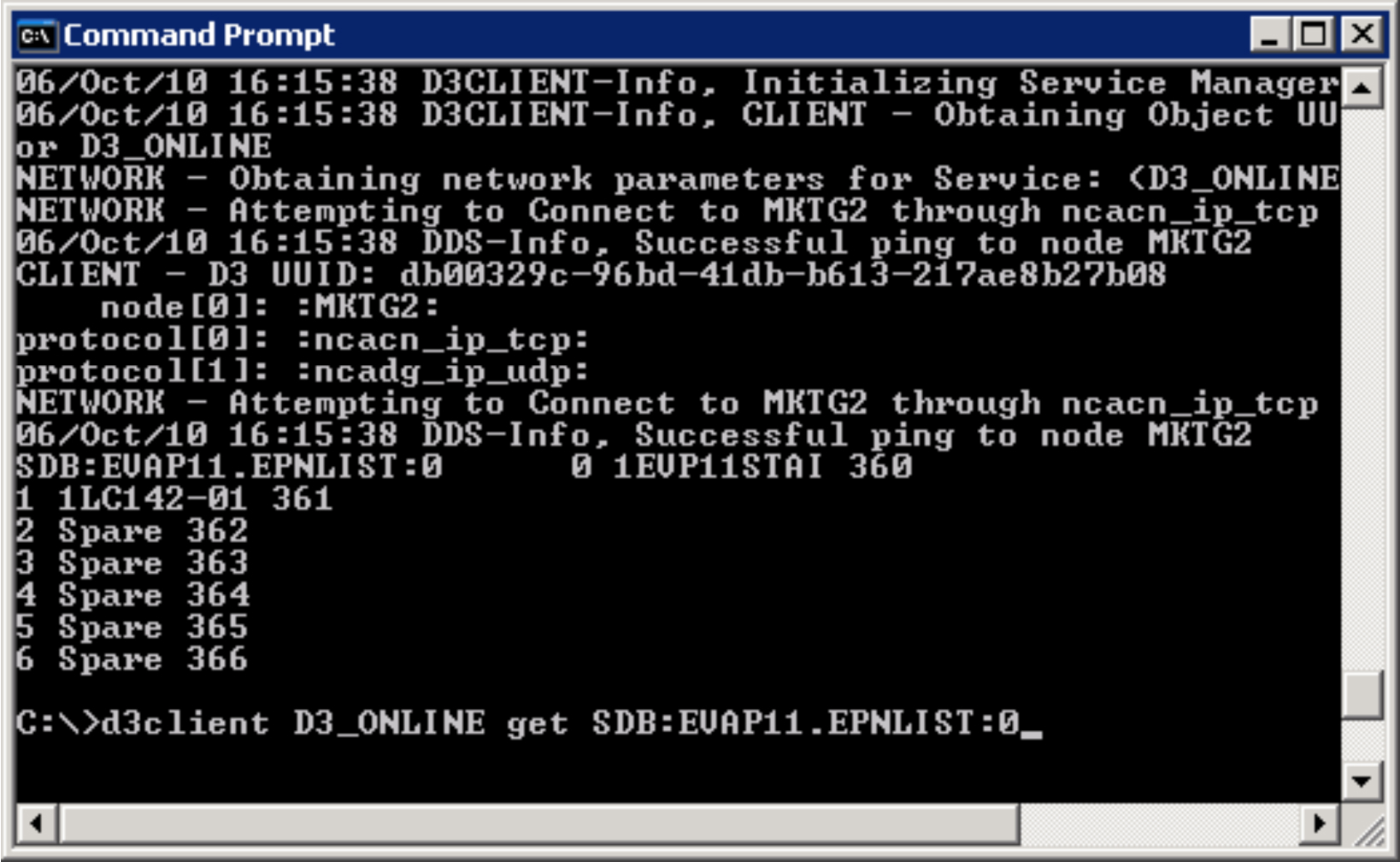 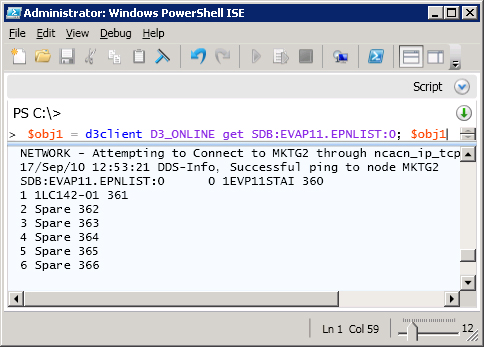 Slightly more sophisticated, the next example shows the results of the get-d3client function. This is a custom function that gathers and displays data based on input from the user. In this case, the user asked for the AI EPN list from the EVAP11 SDB unit. The function performs the following: 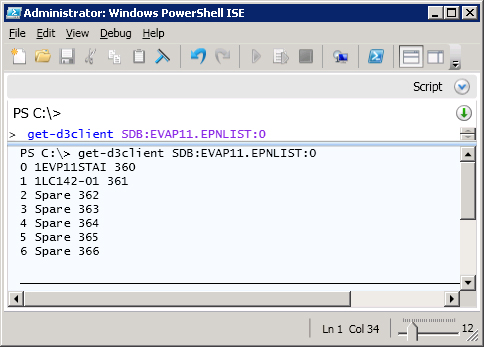 Let’s say that a user wanted to analyze the IPN structure of a D/3 Sequence Database Unit. The example below shows the results of the get-sdbUnit function. This function gathers the entire EPN list for a SDB unit and displays the results in tabular format for easy analysis. This function performs the following: 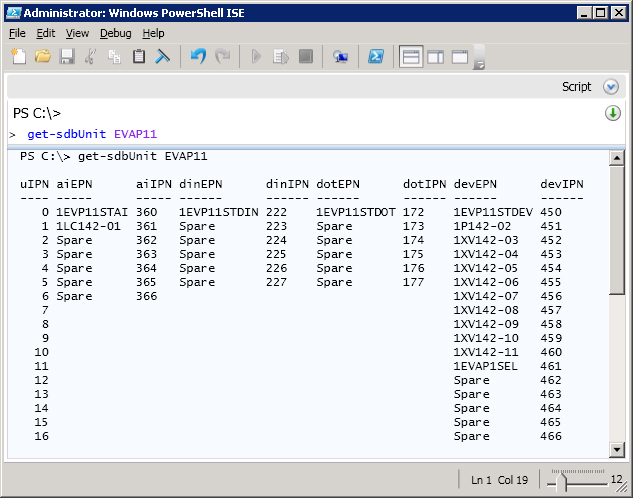 This final example shows the result of the execution of “get-sdbUnit EVAP11 –summary”. 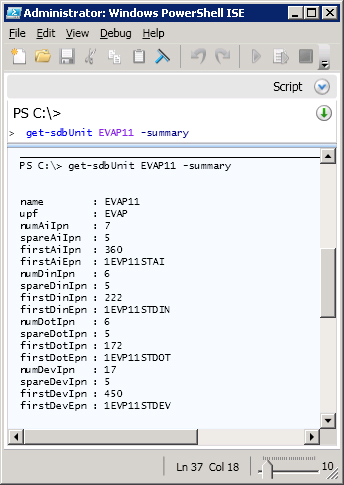 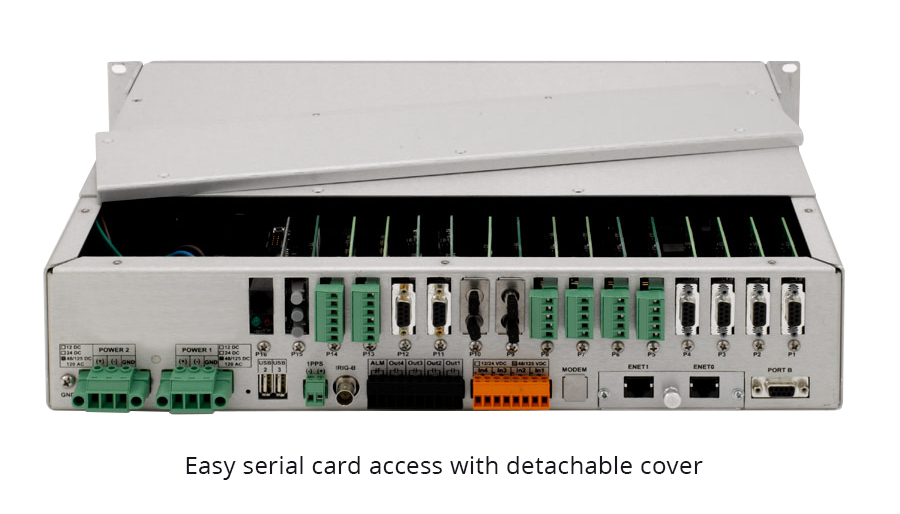 Users like the field-removable serial communication cards in the Orion5r/OrionLX, but have been requesting a simplified method to install and remove the cards when Orion is mounted in a 19” enclosure with other IEDs mounted above. The new Orion... 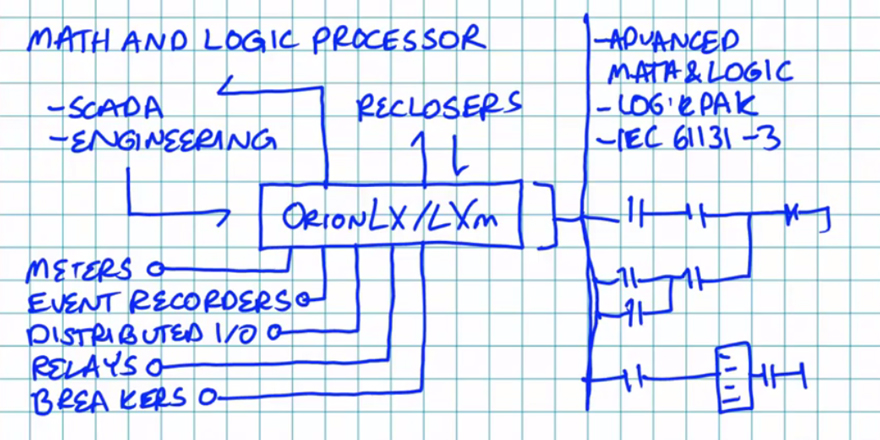 Expanding on the capabilities of existing math and logic options for the Orion Automation Platform, NovaTech Automation is proud to introduce the Advanced Orion Math and Logic option for OrionLX, built on the lightweight and robust Lua programming...